Kangaroos are a keystone species that are fundamental to effective bushfire management. So why does the NSW Government insist on culling them and allow them to be slaughtered by the commercial industry?

Learn more about why it is critical we end the kangaroo slaughter now.

Busting the myth that kangaroos are bad for the environment

Kangaroos have lived in Australia between five to fifteen million years and are a symbol of our unique continent. Kangaroos are perfectly adapted to their native habitats, and even provide advantages to other plants and animals that also live in those areas.

So why does the NSW Government still give the green light for farmers and graziers to cull them, and how will this affect their long-term survival and the survival of their habitats?

Kangaroos are a keystone species, which means their grazing, breeding habits, movement and behaviour have evolved to be perfectly adapted to the Australian environment. Their ability to travel very long distances quickly to find food and water, or to escape adverse weather conditions such as fire (2), without expending much energy is a perfect example of this. The gentle impressions left on the soil by their jumping movements leaves minimal impact as they travel. And because their thick fur traps spores and seeds, which can then be distributed around the landscape as they move, leaving them in ready-made holes created by their paw tracks(3), they play an important role in maintaining levels of vegetation diversity.

Their grazing habits have also become perfectly adapted to the Australian landscape over the years. Kangaroos will rarely overgraze in any particular area, and leave enough grass cover and habitat for other plants and animals (3,4). This is possible because they have both upper and lower teeth, allowing them to bite of the tips of grass, rather than rip grass by the roots as cattle do, or ringbark trees – a feeding habit that is typical of goats. Therefore, areas with a kangaroo population are far less likely to be affected by soil erosion than those used as grazing areas for cattle(7).

In fact, according to a CSIRO Plants industries study(5), which examined kangaroo impacts on the ACT's urban reserves, areas with at least one kangaroo per hectare were found to have healthier ground level vegetation with higher levels of vegetation diversity. Increasing the population to two or three had no adverse effect on plant diversity or health.

Compared with introduced farm animals that overgraze and trample the ground with heavy bodies and hard, sharp hoofs, damaging new growth, streambanks and streambeds(3), the presence of kangaroos results in healthier and more diverse environments, which makes managing those habitats a lot easier.

Last summer’s horrific bushfires taught us just how important effective bushfire management is. Wild bushfires occur during hot, dry conditions when the fuel load is very high. And if an area has been overgrazed, the chances of bushfires occurring are much higher. Kangaroo feeding habits ensure that grass doesn’t grow too high and dry, but that there is always some grass cover left(8). And because they only consume 13 per cent of the water consumed by a sheep(9), and produce a small proportion of the methane produced by a cow or a sheep(10), their grazing habits are instrumental in preventing the most destructive bushfires.

There is much talk in the farming industry of kangaroo populations becoming out of control and this has led to large numbers of them being killed on land that has been cleared to make way for cattle farming. This idea that kangaroos will overpopulate unless culled doesn’t align at all with what scientists know about kangaroo breeding habits.

Kangaroos are intuitive breeders, which means they are able to recognise when there is an inadequate food source, like in times of drought, and postpone reproduction until adequate sources of green feed are available(11). This means males do not form sperm and females generally do not conceive unless feed conditions are ideal. A female can even postpone the development of a foetus until an older joey moves out of the pouch, a process called diapause(12).

This ability to adjust breeding to the environment means that kangaroos reduce their fertility rate, rather than increase their mortality rate. Even in a good season, a female will only produce one joey a year, or two if food is plentiful(3). So as fire seasons become longer and droughts continue due to human-made climate change, breeding is likely to be minimal. In fact, kangaroos are more likely to die of starvation in the coming years.

It is already estimated that their current population is only around 11% of what it was at the time of European settlement in NSW(16). Most of this is due to habitat loss from land clearing for farmland and development. Contrary to the claims of those engaged in the business of land clearing, kangaroos do not thrive on cleared land, as this is not their preferred habitat, and introduced grasses are not their preferred food(17).

This along with poor breeding conditions, predators, malnutrition, fires, cars, culling and commercial harvesting means that kangaroos are in danger of extinction in the coming years. And if this happens, many other species that depend on them for maintaining their necessary habitat will be likely to follow.

So why are they being culled?

The recent drought in NSW has led to farmers and graziers pressuring the NSW Government to ease culling laws so that they can get rid of kangaroos that compete with their sheep and cattle for feed. Some graziers claim that kangaroo numbers have reached plague proportions, a claim that has been publicly supported by ex-NSW Primary Industries Minister Niall Blair(18).  However, we believe the evidence points to over grazing as the main culprit in exacerbating drought conditions, leading to increasing numbers of kangaroos being drawn to farmland to feed on the diminishing supply of grass.

And what about the commercial kangaroo industry?

Almost 90 million kangaroos and wallabies in Australia have been killed for commercial purposes in the last 20 years, putting even more pressure on diminishing kangaroo populations. Just like with kangaroo culling, this slaughter is justified by the NSW Government via myths of overpopulation and environmental damage

Like the culling of kangaroos, not only is this industry doing serious environmental harm by reducing kangaroo populations even further, but national codes for harvesting and culling sanction cruelty: joeys are bludgeoned to death or decapitated, and shooters are not required to pass any form of training, leading many kangaroos to suffer slowly and painfully as they bleed out in the bush.

What needs to be done?

With the community behind us, the Animal Justice Party is urgently calling on the government to stop giving in to the demands of farmers and graziers and ban both the culling and cruel commercial slaughter of kangaroos.

A ban on these practices is long overdue. Kangaroos are a vital part of our national heritage and provide important benefits to the environment. We need to protect them now before the last one disappears forever.

How can you help?

The Animal Justice Party relies on support from people like you to continue the work we are doing. Your support and membership fee go towards helping us put animals on the political agenda and letting the NSW Government know we are unified in helping to end animal suffering. You can click on the button below to find out more about memberships. 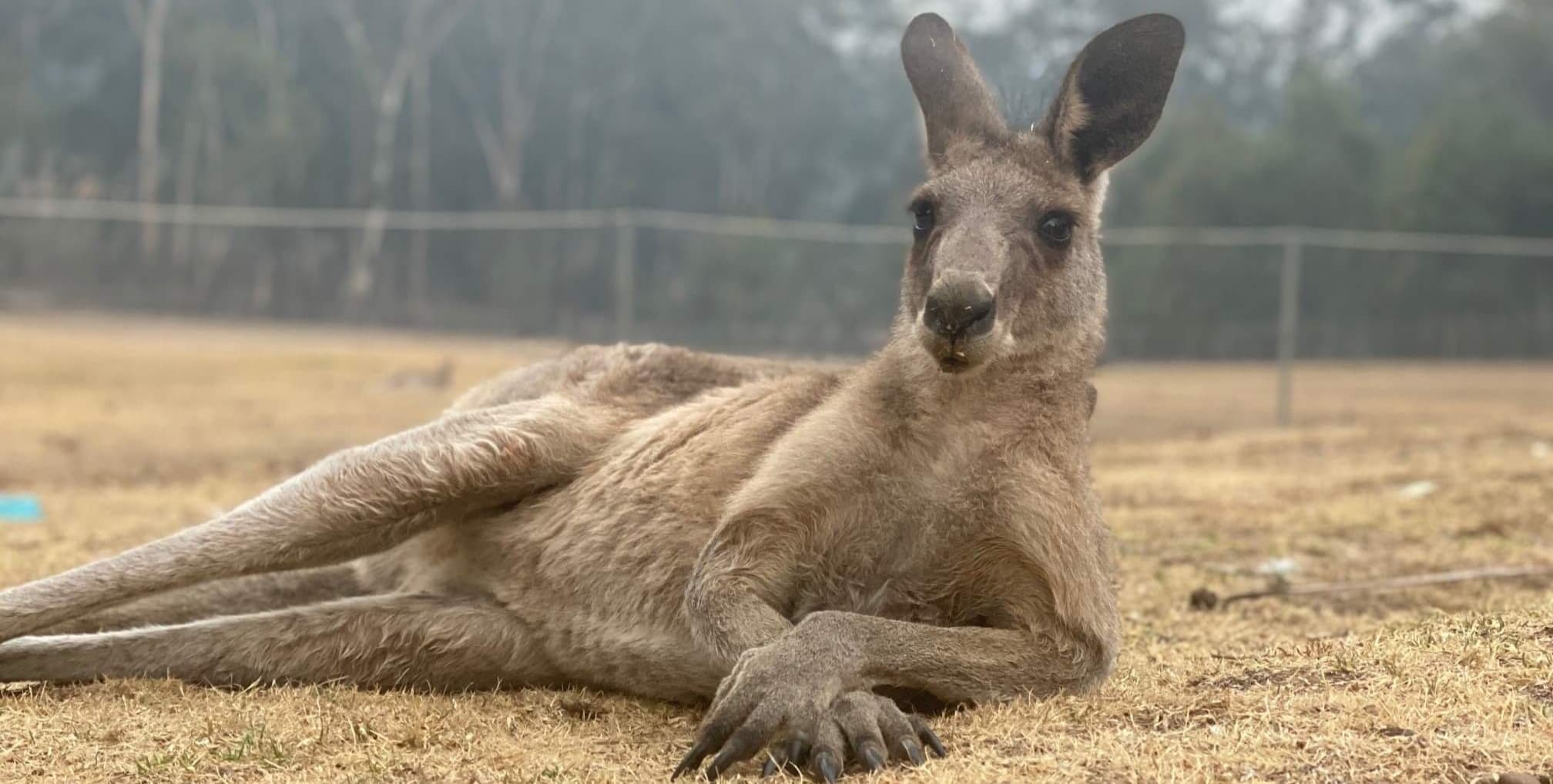