…and millions of dollars in taxpayer handouts.

NO MORE TAXPAYER HANDOUTS FOR THE GREYHOUND RACING INDUSTRY! 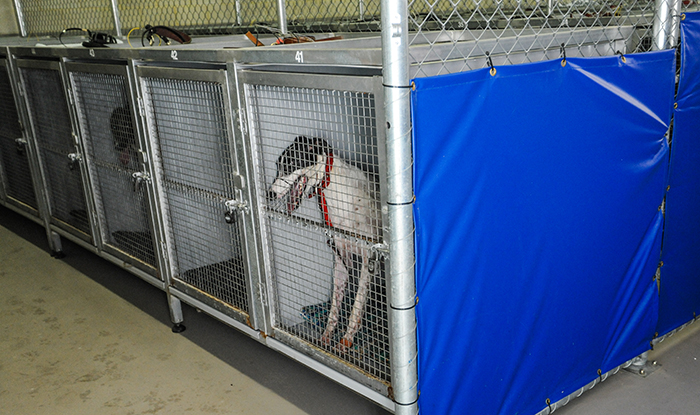 Every year, the NSW Government pours millions of dollars of YOUR MONEY into the cruel and deadly greyhound industry.

Without these taxpayer-funded handouts this barbaric industry simply would not exist.

In the past five years, the NSW Government has funnelled nearly $100M of your tax dollars into propping up the greyhound racing industry. Meanwhile, average citizens struggle with a cost-of-living crisis and can’t afford a home!

Most Australians want greyhound racing banned! So why is OUR money being used to keep it going?

We call on the Minister for Racing Kevin Anderson to stop diverting our tax dollars into an industry that Australians are against.

Have my tax dollars helped improve dog welfare in the industry?

No. Dog welfare is worse now than ever, with 50% more puppies being born into the industry than five years ago. They are dying on tracks and in training, and once the dogs are ‘retired’, their ‘disappearance’ is easy.

What happened to the previous attempt to ban greyhound racing?

Six years ago in NSW we were on the brink of something amazing. After being shaken to the core by a Four Corners expose, a Parliamentary Inquiry was launched resulting in the damning ‘McHugh Report’: overwhelming evidence of “systematic animal cruelty”, from mass killing to live baiting, racing deaths, injuries and mistreatment.

The inquiry found that in the past 12 years, up to 68,448 dogs were killed because they were “unsuitable or too slow for racing”, as well as 7,000 healthy puppies and young dogs who never even made it to the track.

In the face of such incontrovertible and horrific evidence, the then–NSW Premier Mike Baird announced the end of the industry. It was a remarkable (albeit short-lived) act of political integrity and decency. But no sooner had he announced the ban than the industry moved into overdrive.

Right-wing shockjocks and the Labor opposition killed the ban and embraced the industry, and today, six years on, the greyhound racing industry seems more entrenched than ever.

But we’re not letting them getting away with it.