The Animal Justice Party is the first and only political party in Australia giving animals a political voice - but around the world there are a growing number of animal parties successfully changing how society and governments think about and treat animals.

Learn about our growing global movement for change.

The global political movement for animals

The Animal Justice Party is the first and only political party in Australia giving animals a political voice - but around the world there are a growing number of animal parties successfully changing how society and governments think about and treat animals.

Animal parties across the world represent the growing movement demanding a shift in attitudes toward animals and the environment in our political systems. Each animal party may be independent, but we all share the political ideology of giving equal consideration to animal, environmental and human justice.

History of the political movement for animals

The first ever party for animals - Partei Mensch Umwelt Tierschutz (The Human, Environment, Animal Protection Party) launched in Germany in 1993, with the goal of introducing more animal rights into the human constitution. However, the political movement for animals really took off with the launch of the Dutch Partij voor de Dieren (Party for the Animals) in 2002, who became the first animal party to have an elected member in government.

Learn about the global political movement

Read on below to find out more about each of the 19 parties for animals across the globe - together with these amazing change makers we’re making sure that a revolution for animals is well on the way!

Founded in 2018, DierAnimal Party “aspires to an ethical society where each individual respects himself, regardless of his color, his gender, his age, his species, since we consider that every living being has natural rights”.

The Party focuses on the interconnectedness of animals, humans and the environment, and achieved immediate success with a representative being elected into Brussels Parliament in 2019.

Established by Front for Actions for Animal Liberation (FALA) and several other local NGOs, the Party was created via an online fundraising campaign, and modelled on the Portuguese and Spanish parties.

Founded in 2005 as the Animal Alliance Environment Voters Party of Canada following the merger of two animal rights organisations, the Animal Protection Party has been growing it’s influence in Canada following increasing public awareness of animal issues such as seal hunting, fur farming, bear hunting and the imprisonment of dolphins for entertainment.

The Animal Protection Party of Canada faces the hurdle of the Canadian political system which runs on a ‘first past the post’ model, making it very difficult for minor parties to gain representation in government.

Established in 2014, the Animal Party Cyprus serves the dual purpose of ensuring animals are represented in politics, as well as guiding the public as to how to make and follow through a formal complaint in the case of abuse or neglect.

Unlike Australia, Cyprus does not have an RSPCA with paid, trained inspectors and a legal team; it is therefore the responsibility of the citizen to make and follow through the complaint - making this one of the key functions of the Animal Party Cyprus outside of politics.

Veganerpartiet is currently working toward establishing themselves as Denmark’s national vegan party with the goal of total animal liberation by encouraging all citizens to follow an ethical vegan diet.

Veganerpartiet Creative and Strategic Developer Mayanoa Kjaergaard says: “We want to normalize the term “vegan”. And it is working. Over the past year, we can see the rhetorics and the public debate beginning to evolve. The word ‘vegan’ is now something you can commonly hear and see on the radio, newspapers and TV every day.”

Founded in 2015, the Animal Justice Party of Finland was born out of a desire to include animal rights in politics. The Party follows the idea that “decisions in the near future will determine what kind of habitat we will leave as a legacy for future generations”.

The goal of the Animal Justice Party of Finland is to reform the current social model based on meat standards, which allows the ethically and ecologically unsustainable use of animals as human means of production, food, entertainment, clothing and accessories.

Established in 2017, Parti Animaliste runs on a purely animal focussed platform with the goal to include animal rights in the French constitution.

With over 2000 members, Parti Animaliste’s current goals are to end cockfighting and recreational hunting. Parti Anmaliste has also been working closely with local councils to ban circus animals, implement a sterilisation policy for stray cats, and ensure no grants are given to groups who engage in activities that harm animals (such as hunting).

The world’s first political party for animals was founded in 1993, and runs on the platform that politics must turn away from an anthropocentric view, and instead see people, the environment and animals as a whole.

Mensch Unwelt Tier is currently demanding prohibition of animal testing, bullfighting, hunting, the production of furs, use of circus animals and and end to agricultural animal husbandry. They have also expanded their policies to include the reduction of car traffic and an immediate exit from nuclear energy, support a stamp duty and a free basic income.

Established in 2018, the Party for Animal Welfare is working owards a violence-free society for both human and non-human animals. They achieve their goals of animal freedom through practicing non-violence and compassion for all and believe that positive change comes about from connection, communication, and education.

The current aims of the Party for Animal Welfare include banning all blood sports, banning fur farming, closing down puppy farms and bringing an end to factory farming and live export.

10. Israel: Justice for All Party

Founded in 2016, Justice for All is the only animal welfare party in Israel. Justice for All movement seeks to recognise the inherent dignity of both human and animal individuals, their physical and mental needs, and the full right to liberty. 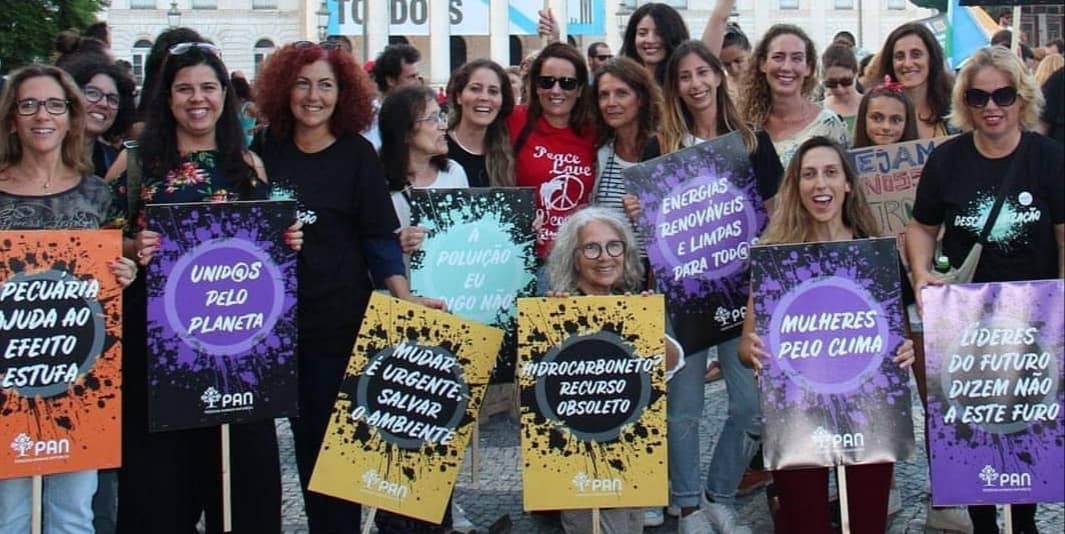 Established in 2006, Partito Animalista Italiano was founded on the belief that only a respectful approach to other life forms on Earth can truly give us a sustainable future.

Partitio Animalista Italiano has been working together with the local Italian authorities, supporting them in creating local organisations that are committed to creating a better relationship with animals. The Party also works closely with other animal focussed parties in Europe, including Partij voor de Dieren.

Formed in 2002, Partij voor de Dieren is undoubtedly the most successful animal party worldwide, and the first political party in the world to gain parliamentary seats with an agenda focused primarily on animal rights.

With over 17,000 members, Partij voor de Dieren has achieved political representation for animals at all levels of government, and have expanded their policies to include advocating for clean energy, social security, and press freedom.

Founded in 2009, Pessoas Animais Natureza aims to transform Portuguese mentality and society through sharing fundamental ethical and environmental values. They aim to create the legal and political conditions that recognise the rights all sentient beings to live a fulfilling life free from suffering.

Pessoas Animais Natureza currently hold four seats within Portuguese government - in Lisbon, Porto and Setubal - as well as one seat in European Parliament.

Formed in 2003, Partido Animalista runs on a platform of animal welfare, ecological and social justice. Partido Animalista is especially focussed on legal prosecutions for animal exploitation (in particular the cruel bull fighting tradition), awareness-raising, and the investigation and documentation of animal abuse.

Partido Animalista has faced numerous issues within the Spanish electoral system, as despite winning a large majority of votes in both the 2015 and 2019 elections, the electoral weighting system denied them seats in Spanish Parliament.

Established in 2014, the Djurens Party believes in the need to abandon the people-centered perspective as man is dependent on nature.

The Party’s goal is to bring all species more strongly under the protection of the law and ensure that it recognises the uniqueness of the individual regardless of the species. Similar to the Animal Justice Party’s KERN guidelines, the Djurens Parti believes that compassion should be the guiding principle of the law and driving force for societal change.

Formed in 2010, Tierpartei Schweiz aims to promote the interests of animals as well as a holistic ethical and responsible policy, economy and society that takes into account all life (animals, people and the environment).

Tierpartei Schweiz aims to make clear that there should be no distinction between so-called farm, domestic, wild or laboratory animals, because all animals are entitled to an appropriate, dignified life and death.

Founded in 2006, the Animal Welfare Party believes in a better future for humans, animals and the environment. The party aims to create a fairer, fairer and more sustainable society in which the interests of the environment, people and animals are taken into account.

The Animal Welfare Party has one elected animal rights councillor - Jane Smith - who is the Party’s Deputy Leader.

Established in 2009, The Human Party is America’s first political party dedicated to defending the right of all animals and establishing a sustainable economy.

Founded in 2018, Partido Verde Animalista was established in response to political indifference to human aggression against nature and animals, and a belief that political action was the only way to  achieve real change for animals.

One year after being formed, Partido Verde Animalista candidates took part in Uruguay’s general election, succeeding in winning a seat in the Chamber of Deputies.