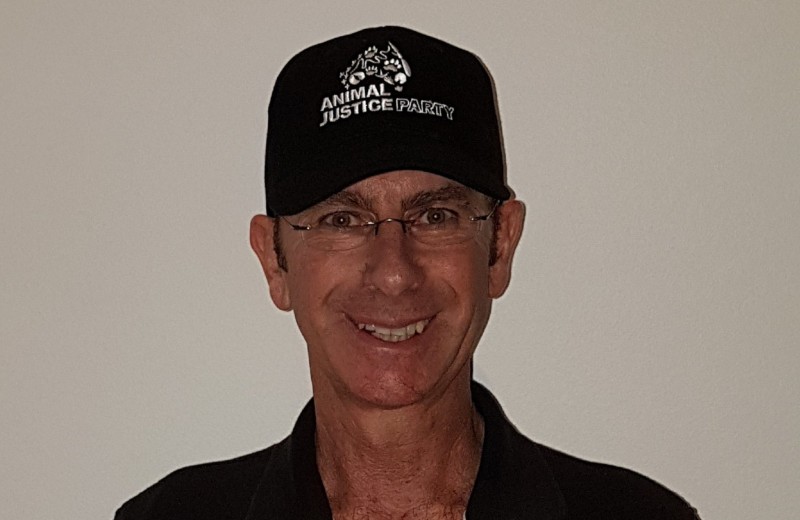 Patrick Murphy is a family man who has lived in the Woy Woy area for 21 years.

Due to the changing nature of work, he now finds he commutes less to Sydney, and enjoys the benefits working from home can bring. He has an advanced certificate in telecommunications, and many years’ experience in that field. He considers himself lucky to live in an area that has a wide variety of native animals, many visit his yard, such as Wallabies, Magpies, Kookaburras and a Bowerbird who has made a nest in his front garden.

Patrick was interested in doing more for animals, so he decided to join the Animal Justice Party in 2017. He says being an active member was so much fun, he decided to run as a candidate at the 2019 NSW State Election to help make politicians realise there was a growing concern amongst the public regarding animal and environmental issues.

Now, he is proud to represent the Animal Justice Party in the Federal electorate of Robertson on the land of the Darkingjung people.

Some of the issues he sees needing to be addressed urgently are:
Shark nets, Federal ICAC, live export, PEP-11, climate change, 1080 poisoning of our wildlife, Coal Seam Gas, protecting our kangaroos and koalas, Immigration and Aboriginal rights.

Patrick hopes people will see, that a vote for him, is a vote for animals, the environment and justice for all.

Donate to get Patrick Elected!

Contesting elections is a costly exercise - it's a $2000 fee per candidate to get on the ballot paper and then there are advertising and printing costs! We estimate it will cost us a minimum of $20k to cover candidate fees, advertising and printing for Patrick's campaign. We'd love to double or triple that to give him the best chance of being elected to represent AJP in the Senate.