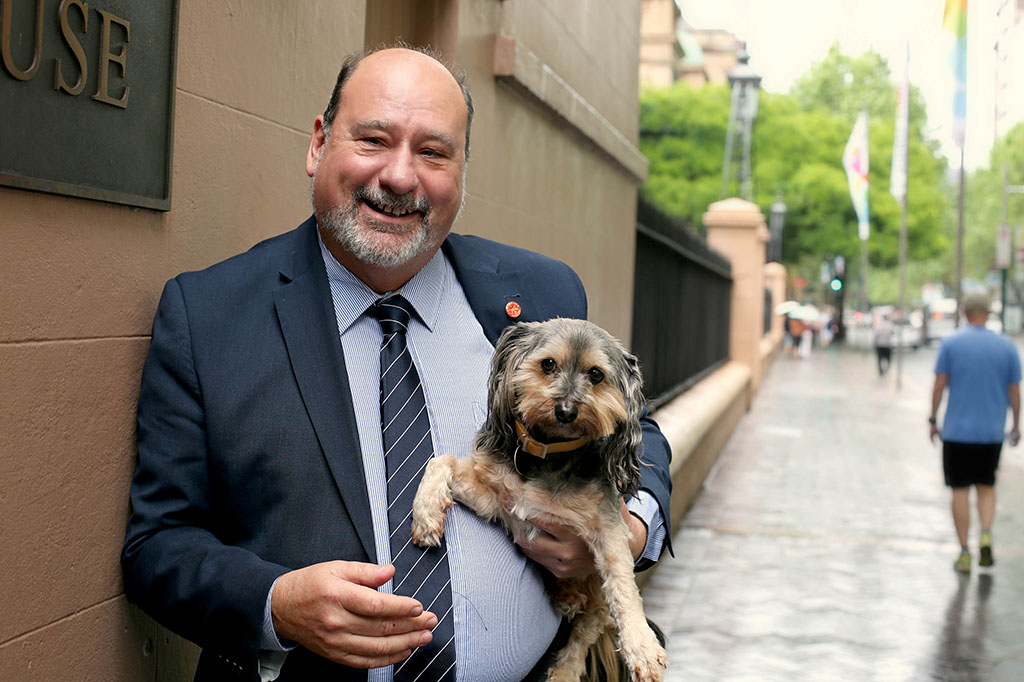 Mark Pearson is the first Australian Member of Parliament to be elected on an animal justice platform, and was elected to the NSW Legislative Council in March 2015.

Within a year of being elected to parliament, Mark introduced the Prevention of Cruelty to Animals Amendment (Stock Animals) Bill 2015, seeking to protect farm animals from cruelty and included a call for mandatory surveillance cameras in all intensive livestock facilities and abattoirs. The bill also called for mandatory installation of effective alarms and sprinkler systems to protect pigs, chickens and other confined farm animals vulnerable to fire and ventilation breakdowns.

Mark followed on from his previous work to ban the painful practice of mulesing conducted on Australian sheep, by introducing a bill to ban the practice in 2019. The bill also includes ensuring mandatory pain relief for other invasive procedures such as tail docking and castration and remains open for discussion in Parliament.

Currently, Mark is focussing on continuing his work to ban Australia’s cruel kangaroo trade, working with kangaroo experts and international partners to highlight the extreme trauma faced by kangaroos. Following the recent covid-19 outbreak, Mark has also turned his attention to raising awareness of the dangers the hunting, processing and consumption of kangaroos poses to human health.

Prior Positions in NSW Parliament

Prior to entering parliament Mark worked as the Team Leader of the Newcastle Community Mental Health Service, and worked as a Clinical Acute Adult Psychiatric Nurse Specialist for 23 years.

Mark then moved on to follow his passion for protecting animals, working as the Executive Director of Animal Liberation. During his tenure at Animal Liberation, Mark focussed on exposing cruelty in factory farming and successfully ensuring kangaroo meat was banned from the Russian market.