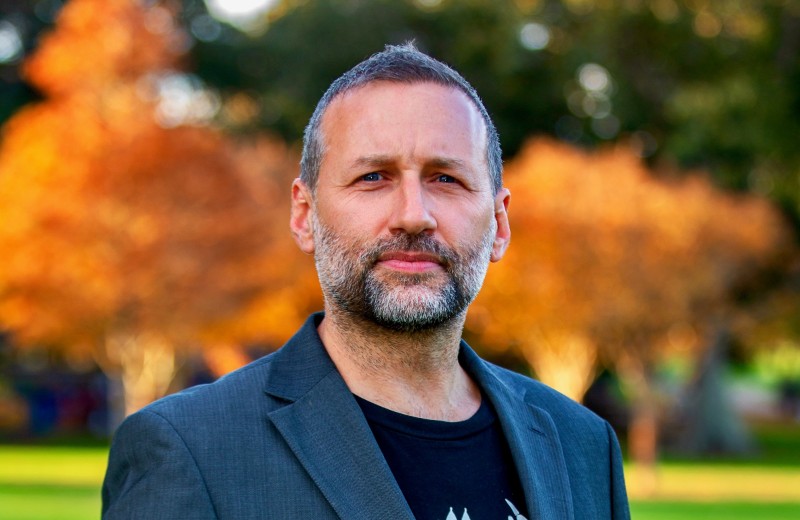 Proudly representing the Animal Justice Party as the NSW Lead Senate Candidate for the upcoming Federal Election is Darren Brollo. Following his passion for animal rights, Darren is a strong advocate for urgent change to the inherently cruel practices of modern intensive factory farming.

Adopting a plant-based diet over 30 years ago as part of a compassionate lifestyle, he promotes the many benefits of veganism including personal health and environmental sustainability. As a proponent of equality for all species, Darren believes that animals should not be viewed as property or used as food, clothing, research subjects, entertainment or sport.

In line with the Animal Justice Parties Four Core Values of Kindness, Equality, Rationality and Non-Violence, Darren stands for social justice, representing the animals, the environment and the most vulnerable in our society. – “If elected, I promise to stand for all animals and our natural environment and will fight to have these values become part of our political system.”

Darren has represented the Animal Justice Party in his home town electorate of Newcastle on Awabakal Land, in the 2019 Federal Election and as Lead Candidate for the 2021 Council Elections.

Highly regarded for his drumming ability, music has always been a platform for Darren to share the message of animal rights and encourage others to consider ethical and humane choices. A founding member of the highly successful Australian band Lo-tel, Darren achieved
ARIA nominations and a National No.1 single with ‘Teenager of the Year’. He combines his love of music and education as Principal of Hunter business, The Drum Academy.

Darren is often found out and about with his 12-year old rescued Golden Retriever, Bella, and his more recent Dingo/Kelpie rescue, Indie. He has spent time caring for many rescued companion and farm animals over many years. Darren lives in Newcastle on Awabakal Land with his wife Emily, two teenage children and their rescue fur babies.

Donate to get Darren Elected!

Contesting elections is a costly exercise - it's a $2000 fee per candidate to get on the ballot paper and then there are advertising and printing costs! We estimate it will cost us a minimum of $20k to cover candidate fees, advertising and printing for Darren's campaign. We'd love to double or triple that to give him the best chance of being elected to represent AJP in the Senate.